We are lucky to have peace here in the United States, meanwhile Israel is a country in constant war. Recently, 65-year old, Benjamin Netanyahu was reelected prime minister of Israel on March 17. Netanyahu is known as a very powerful man and an ally of the U.S. He has been in office for the better part of 3 decades. 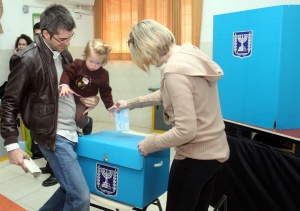 Unlike the United States, Israel does not have two parties, but many. Netanyahu, representing the Likud Party, and his biggest competitor was Isaac Herzog, of the Labor Party. Even though Israel is an ally and we need each other, Netanyahu has angered the United States. He seems to feel that he knows America because he was once an American citizen. Netanyahu is showing that America is his to maneuver, which has put questions into the minds of American politicians. Israel is located in a very hostile part of the world, so their friendship is very important to the United States. It also has a very large Jewish population, and many people in the U.S. find that area very sacred to them. Politicians will need to agree with the ways of Israel, because they can very greatly impact our military success. It is very important we know what is happening in our world, and Israel plays a very important part of the future.