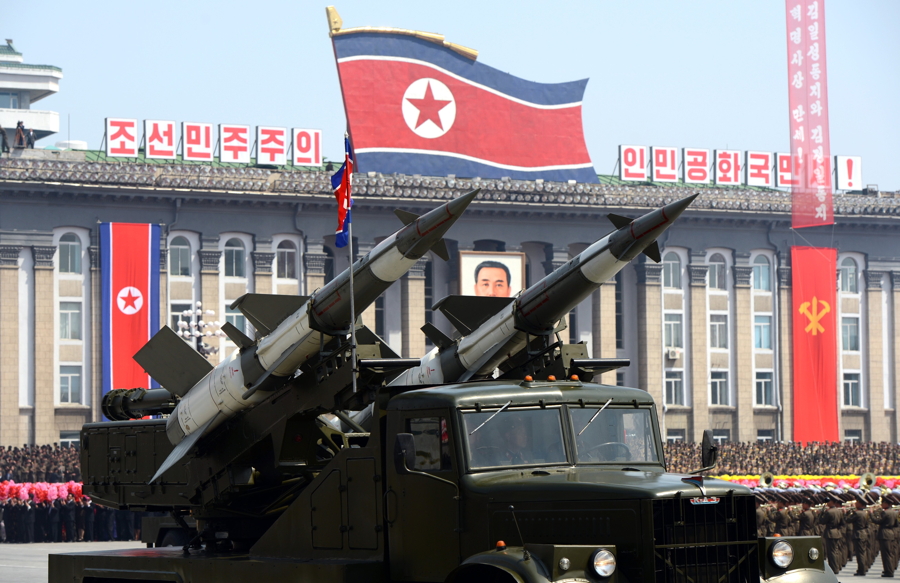 Missiles are displayed during a military parade to mark 100 years since the birth of the country’s founder Kim Il-Sung in Pyongyang on April 15, 2012. The commemorations came just two days after a satellite launch timed to mark the centenary fizzled out embarrassingly when the rocket apparently exploded within minutes of blastoff and plunged into the sea. AFP PHOTO / PEDRO UGARTE (Photo credit should read PEDRO UGARTE/AFP/Getty Images)