ITunes has been on the decline ever since the release of the app Spotify. This music-streaming app allows one to pay a flat monthly fee to download as many songs as they please and still be able to listen offline. The success of this app inspired people to follow. Famous musician Dr. Dre, who created Beats By Dre headphones, created an app similar to Spotify, but it wasn’t quite as successful. Other renowned artist, Jay-Z, recently released his addition the new way of streaming music with his app Tidal. 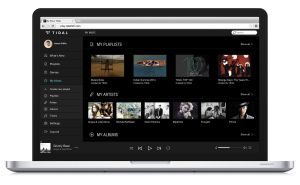 Tidal is very similar to both the Beats app and Spotify, but it has a few features that might set it above its competition. Unlike the other apps, Tidal gives one access to music HD music videos. Another unique part of the app is that if you hear a song that you don’t know the name of, the app will listen to it then tell you the name of the song, who it’s by, and give you an option to download it immediately. I see a bright future for Jay-Z’s new app because he took the already new and innovative way of listening to your favorite music to a whole new level.